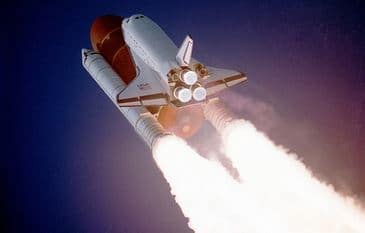 There are so many wonderful aspects around being involved in a material that is new to exploration and discovery. Although edible insects have been in the mainstream in many societies around the world for centuries, for North Americans and Europeans, it is an emerging food, and people from all different sectors are interested in exploring the potential of insects as an ingredient. From chefs, to researchers, food developers to scientists, there are many who are keen to explore the innovations around edible insects.

One such group of people might be young in age, but are wise beyond their years. The students of the Program for Gifted Learners at St. Emily School in Nepean, Ontario, ordered some crickets from Entomo Farms back in February of this year, for a specific program entitled, “Cubes in Space“.

Cubes in Space is a challenge for students all around the world to design an experiment that will fit in a 4x4x4cm cube and will travel to space for the launch. Cubes in Space is also a good opportunity to learn about space and rocket science. The students submitted proposals for a science experiment that would have the crickets travel to near space on a sounding rocket from NASA’s Wallops Flight Facility in Virginia, USA, or via on a high altitude balloon launched from the Columbia Scientific Balloon Facility at Fort Sumner, NM. This challenge required the students to use teamwork and creativity to design an experiment worthy of space flight. Their experiment for the sounding rocket is to test the effect of g forces and heat on the crickets. The students learned that crickets are a good source of nutrition and lightweight so they thought they would be ideal for astronauts.

The students shared the great news with us, that their experiment has been chosen as one of 80 from hundreds of proposals, and Entomo Farms crickets will fly in a sounding rocket on June 21st 2018 from the NASA Wallops Flight Facility in Virginia. Some of the students will be attending the event with their families.

Who knows? Maybe roasted crickets will be the new snack of choice for astronauts in space!