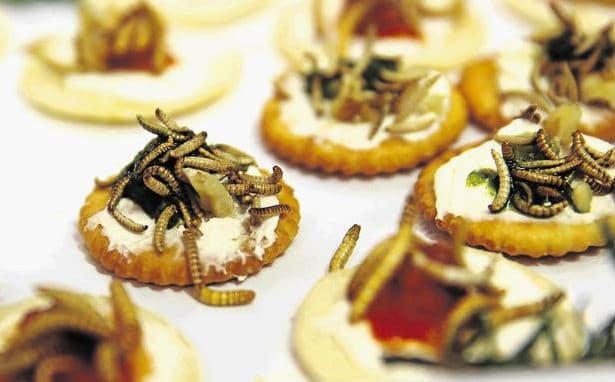 The company, Rentokil, which is known as a pest control company, set up a tasting table that they called the “Pestaurant”, where they served ‘crackers with cream cheese and sweet chilli topped with a locust, chocolate-covered ants, meal worms and several other six- legged and slithery taste treats.’

Capazorio reported that at first many people were very reserved and were wary about trying the insects, but as the show wore on, those who were more ento-curious and adventurous were excited to try the different insects that were being offered.

Those who tried eating insects at the show were pleasantly surprised, and commented that the insects didn’t taste anything different from anything else they had eaten.

Are you ento-curious? Even just a little bit? Check out the Next Millennium Farms store and start with something like cricket powder that you can add to some great recipes!